Centrally located Townhouse on three floors in Marsa. Most ideal for offices or similar commercial outlets. The property is not suitable for conversion but it is promoted to be sold as a building site. For more information about this property contact the number provided or visit one of our lounges located around Malta
Ref: W-02FBY9 Size: 280sqm Bathrooms: 2

€1,554.44 per month*
* value may vary depending on provider and your circumstances 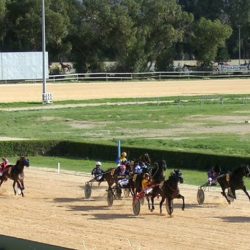 Marsa is a town located in the South Eastern region of Malta and had a population of 4,401 people in an area of 2.8km² and borders Hamrun, Floriana, Luqa, Paola and Qormi. The name “Marsa” translates in to English as “The Harbour“. In 1565 during The Great Siege of Malta, the Ottoman Empire used Marsa… read more »

Tell a friend Save as PDF Print property

Drop us a line if you are an estate agent and want to list properties for sale or to rent.

In order for us to help our agents maintain accurate and up-to-date information please let us know if you have noticed an error with this listing.

This website uses cookies to improve your experience. We'll assume you're ok with this, but you can opt-out if you wish.Accept Read More

This website uses cookies to improve your experience while you navigate through the website. Out of these, the cookies that are categorized as necessary are stored on your browser as they are essential for the working of basic functionalities of the website. We also use third-party cookies that help us analyze and understand how you use this website. These cookies will be stored in your browser only with your consent. You also have the option to opt-out of these cookies. But opting out of some of these cookies may affect your browsing experience.
Necessary Always Enabled

Any cookies that may not be particularly necessary for the website to function and is used specifically to collect user personal data via analytics, ads, other embedded contents are termed as non-necessary cookies. It is mandatory to procure user consent prior to running these cookies on your website.